The power of a question

There is no knowledge without a question. We would have never advanced anywhere without asking the right questions.

Because there is no answer without the question to begin with. All the knowledge in the world combined cannot answer the question that has not been asked.

It is only trough the questions that we will excel, answers will only guide us. Sometimes we will give wrong answer to a good question but that doesn’t matter. What matters is that our eyes were opened in the specific direction trough the question. 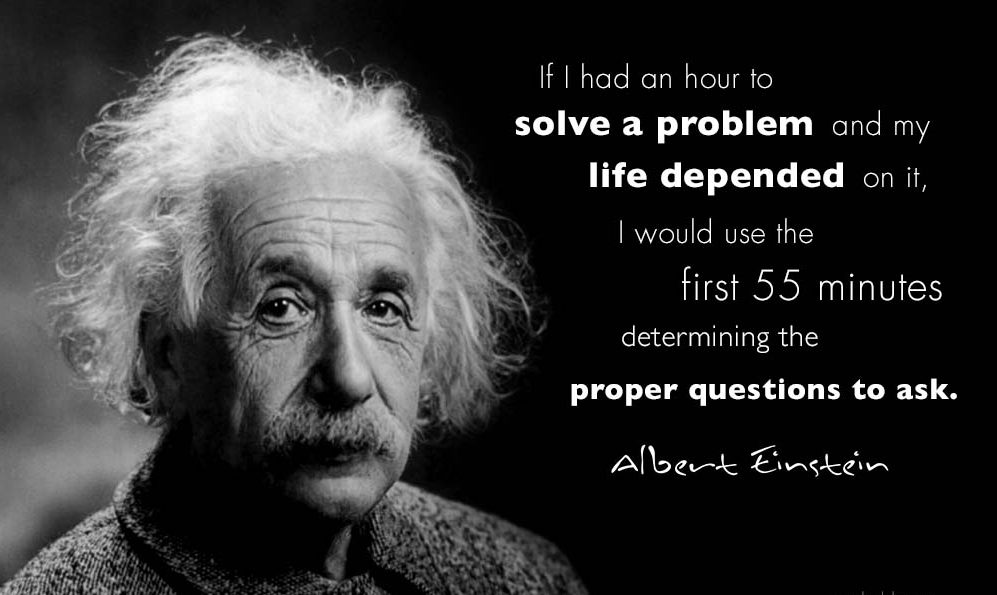 For example, when Thales, the ancient Greek philosopher, first asked the question “What is in the base of everything”, he was the first person ever on our planet Earth to ask this question. No one before. This is considered the birth of the Greek philosophy. Thales also gave the answer. He said that in base of everything is water, which was a mistake, but that doesn’t make his achievement of asking the question any lesser. In his time there was no way that he could have known that atoms make up everything but he was the one that asked the ultimate question so long ago.

That is the power of the question. It is not about the answer, it’s about that moment when you get to realize something eye opening, something that will shake the reality, something that was never asked before.

I only imagine what is it like to hear such a question from someone. In the world today after so many important questions have been asked and answered regardless is the answer correct or not there aren’t many questions left to ask. Or are there? I believe there is still so much more. It’s just a matter of time before a question comes around that will further unleash our creativity, imagination and views on the reality.

3 thoughts on “The power of a question”