Even after all these years, Pollock is still an inspiration as his work speaks more and more as time passes and people are trying to understand it.

As I am an art student and preparing some exam from art history I had to read about Jackson Pollock’s unusual methods. This had me inspired to write about him today. We all probably heard of him but, I will try to explain how his art came to be. 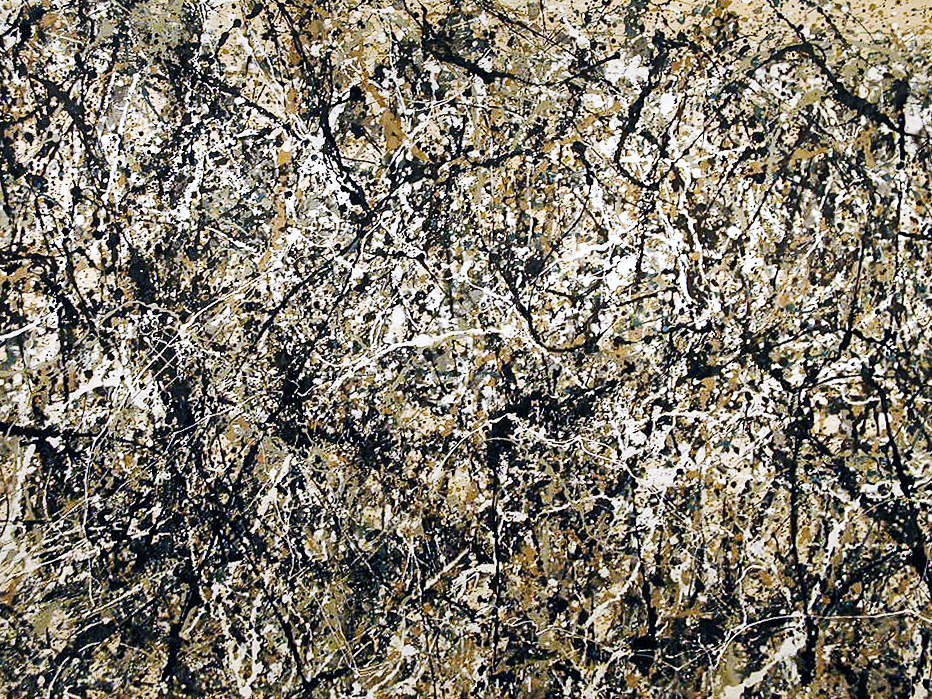 Paul Jackson Pollock (January 28, 1912 – August 11, 1956) was one of the most influential painters of XX century and one of the most important abstract expressionists. – He was most famous for his technique of drip painting. Uncontrolled applying of paint or is it?

His first monumental work was Painting called “One” Number 31. He was doing these paintings while they were on the floor and he was going around them, over them pouring and dripping paint instead of applying it with the paint brush.
Why? What was the reason behind this? It is not because he wanted to develop an abstract art further than his predecessors, because strict control over what is abstract was exactly what Pollock had abandoned when he started to spill and drip beyond control.

He believed that the paint was not a passive substance using which he was meant to paint. He took it one step further than that as he tried to merge on a spiritual level with the paint, he tried to get that paint to do what is locked in his imagination. It was his belief that the paint was a storage of captured forces which he had to set free. The paint became more than just a tool, he didn’t need no paint brush because in order to express what paint had “hidden” all he needed was himself as the action starter and the paint which held the keys through which he unleashed the imagination.

Depending on the speed and the strength he used when spilling his paint he was reinterpreting his inner emotions thus turning them into something real. You could read his paint like a book. The density of the paint in certain places, the division between the paint, the curvy uncontrolled lines.. All of these visual aspects spoke on how he Acted while performing his art.

We can be free to say that his art was more than just a painting, it was Performance art as well. He performed his inner feelings on the huge canvas, making his creativity explode trough him using the paint as the medium for them. Because he himself is the source of the energy for the forces he is using on his paint, he is taming his forces like a cowboy taming a wild horse in the moments of his natural unrestrained wilderness..

One thought on “Reasons behind Jackson Pollock’s unconventional art style”