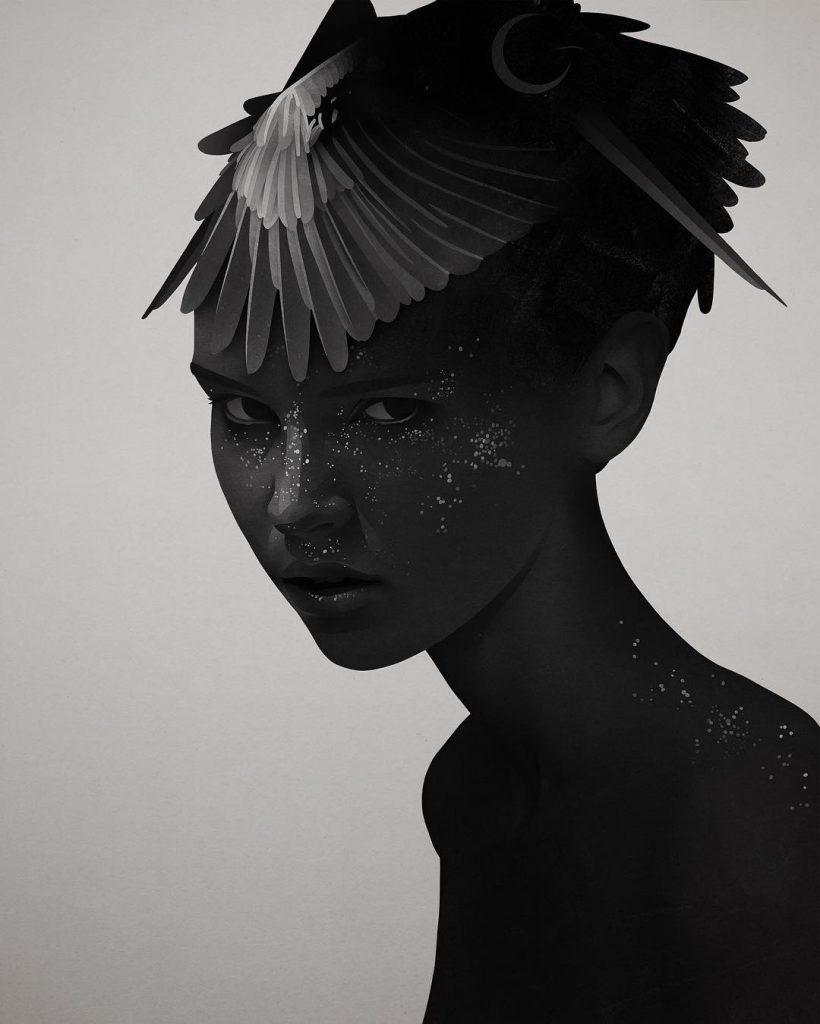 His illustrations have this formal look, everything is so sophisticated, his characters are ready for whatever, because they believe that they are ready, and you can see that in their eyes.

Color black, I believe speaks about the simplicity of the idea of his concept – “I am who I am and I believe thats good enough”. This adds to the sophisticated side of his illustrations. Those who are strong are often presenting themselves as an open book because they wish to offer what they are to everyone.

None of his characters in his illustrations show any form of defeat. Even if they are fragile soft bodies. The look in their eyes is stronger than any type of danger that could be brought down on them. There is no room for any kind of cowardness on his illustrations. There is nothing but acceptance and understanding. These illustrations put a viewer through the imaginary danger, just so that he could understand that the only way to deal with the world is by accepting whatever comes and dealing with it. And if one can’t deal with it, then he should try as there is no giving up. There is no defeat if it didn’t break your spirit. Like Bruce Lee once said “Defeat is a state of mind; no one is ever defeated until defeat has been accepted as a reality.” Same goes for his illustrations. “The state of mind” of the characters is simple “I believe in my ability to handle the world”.

#throwback to 'Leon' based on Luc Besson's 'Leon: The Professional' available as a variety of products with @society6 including shower curtains and wall tapestries #Leon #lucbesson #prints #fabrics #monochrome #throwbackthursday #tbt #rubenireland

If you wish to learn more about Ruben Ireland and his work, visit his links below: