Nazar Bilyk, a Ukrainian artist made this mesmerizing 6 foot tall statue, located in Kiev, of a human gazing at the skies with a huge single raindrop on his face. It might be obvious when he said the statue is named “Rain” but there is more to this statue than it meets the eye as it holds many hidden meanings including humans special connection with nature and the universe. 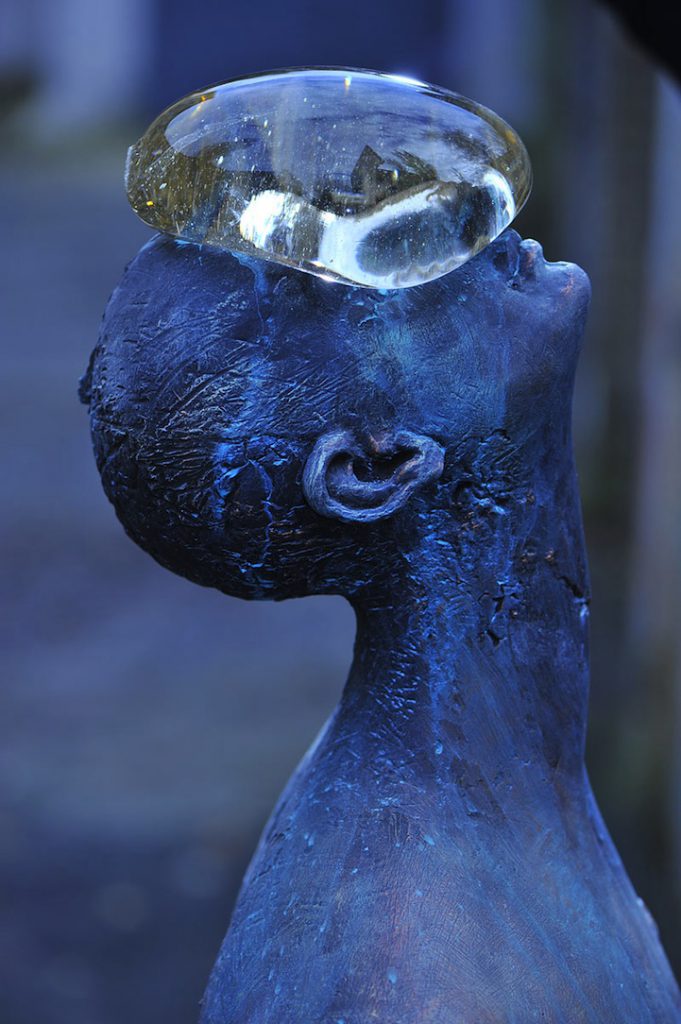 As Bilyk said to MyModernMet:

“The name of the work is ‘Rain,’ which seems clear and obvious at first glance. However, it is quite broad and has several meanings. Chiefly, it is dedicated to the inner dialogue of a man with himself; it expresses interrogation of a man in search of senses, unanswered lifetime questions. That’s why the man is holding his head up.

The raindrop is a symbol of the dialogue which connects a man with a whole diversity of life forms. The figure has a loose and porous structure and relates to dry land, which absorbs water. In this work I play with scale, making a raindrop large enough to compare a man with an insect, considering that man is a part of nature. Moreover, this work concerns the question of interaction and difficulties in coexistence of man with environment.

Almost each sculpture is autobiographical. Senses and questions which fascinate me became fundamental in the creation of ‘Rain.’ In almost all cases, the sculpture provokes the viewer to look up in anticipation of the same raindrop.” 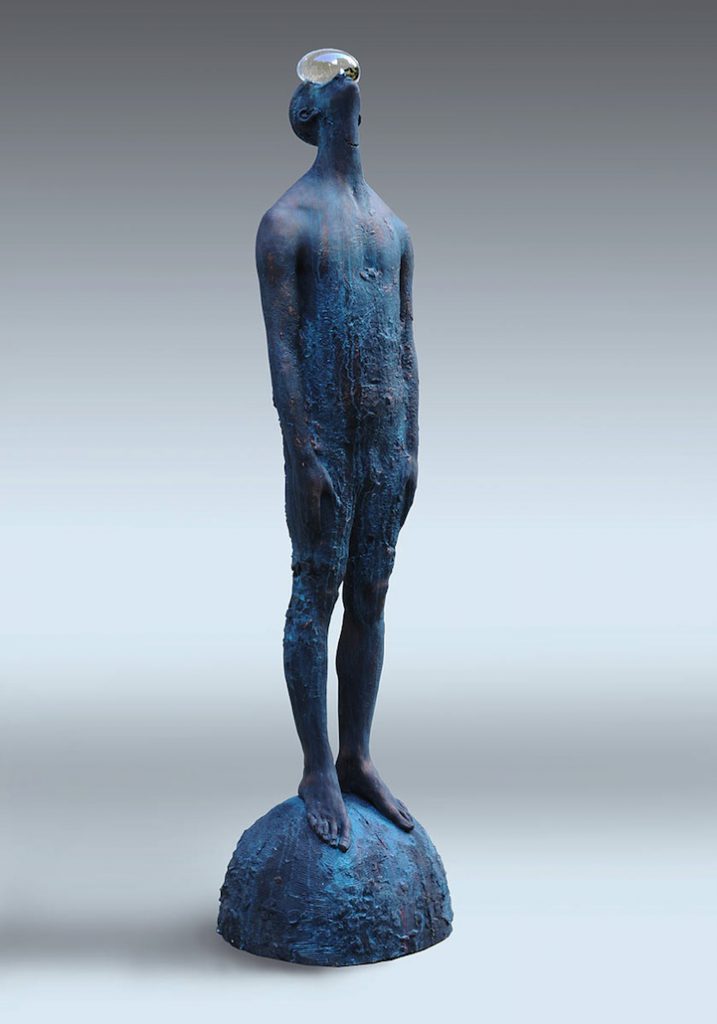 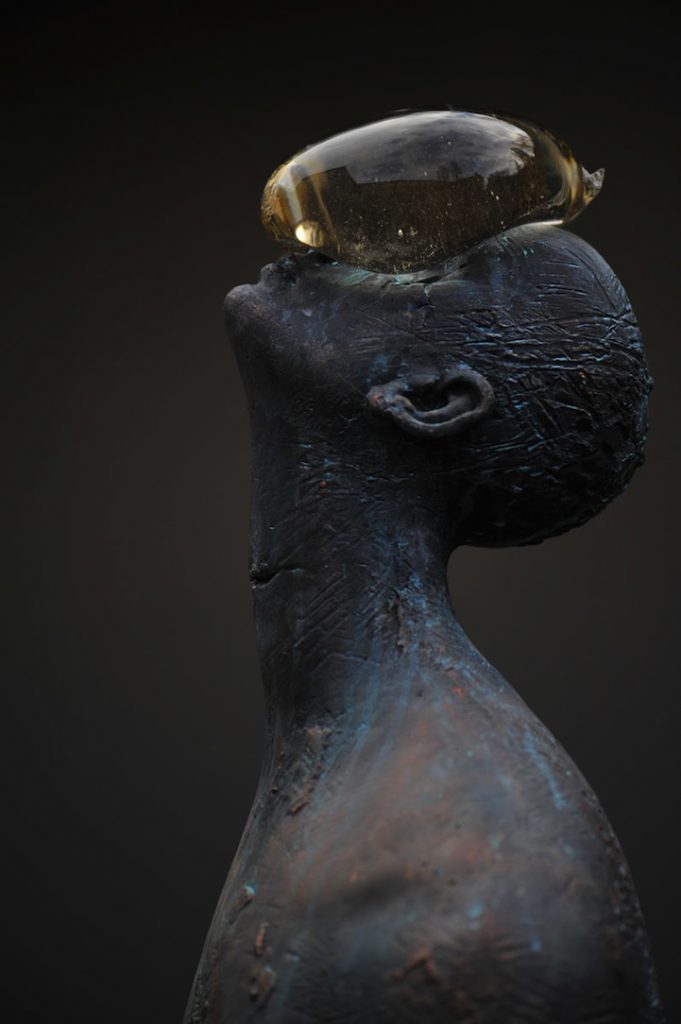 Man looking up was always the symbol for search of unanswered questions, every one of us had experienced that in our lifetime. When you start gazing your head upwards in search for the answer. And in this case here, by placing the raindrop as the medium trough which the man is seeking the answer speaks of the importance of diverse life forms in the universe trough which the man is seeking his answers. 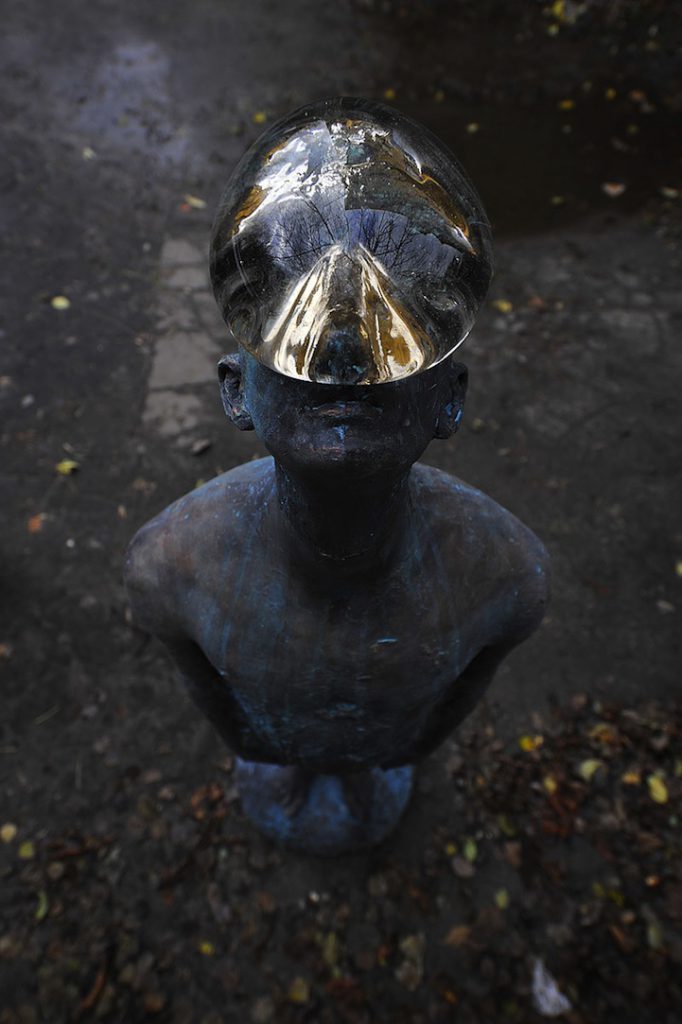