Albert Camus and his Rebel Philosophy

We cannot talk about rebellion if we don’t start at the greatest form of rebellion.. Which is life itself!

Life occurred somewhere in the uncaring, unprotected, endlessly deep universe. And in such conditions, making itself the contradiction of death and not existence.

Even though life is condemned to death while it still lives, it is a rebellion. It is like it is fighting against all the odds, but it is still fighting..

Rebellion is a part of the human nature because the life itself is a form of rebellion.

Rebellion is always present. It is what happens when two sides collide. Rebellion is wind in the sails, moon in the night fighting the darkness, the rainbow after the rain.. 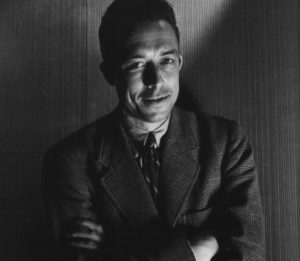 “The only way to deal with an unfree world is to become so absolutely free that your very existence is an act of rebellion.”

French thinker and writer Albert Camus famously said, “The only way to deal with an unfree world is to become so absolutely free that your very existence is an act of rebellion.” In a sense, Camus’ entire existence was an effort to live free – live free of labels inappropriately applied to him. He was not an existentialist, although many claimed he was; while he was a French Leftist writer, he was not a Communist, as many of his peers were.

From his author to his work as an activist Cami had been always the man to look for the human conscience and morality as a practical matter in an array of serious issues that impacted his world.

He was not an optimist; he believed in The Absurd, a tragicomic conflict between man’s desire to seek order, hope, and meaning in life and a universe that was uncaring, unfeeling, and indifferent. He found that meaning in freedom via rebellion. Freedom that offered a solution to many of life’s problems that he experienced during the first half of the 20th Century.

His aforementioned quote is evidence that he believed the world was inherently unfree and hostile to the human individual, either as a result of existential themes in life (such as mortality, immorality, cruelty) or as a result of political systems that degraded and imprisoned the individual. To oppose this world was rebelling and to live a life as freely as possible, in open defiance, as a way to survive.

Cami wrote “In order for a man to exist he must rebel”. But what he meant was not just going against politics and etc. He was talking about going against how the world works; living with morality instead of immorality; with ethics instead of abandon; with courage instead of cowardice.

Cami knew that it took courage to rebel and it was not easy for everyone. He also knew what drives people to rebel, it is the belief that whatever we are doing and whatever we are representing is not only unique but also right.
Camus said, “Rebellion cannot exist without the feeling that somewhere, in some way, you are justified”.

4 thoughts on “Albert Camus and his Rebel Philosophy”